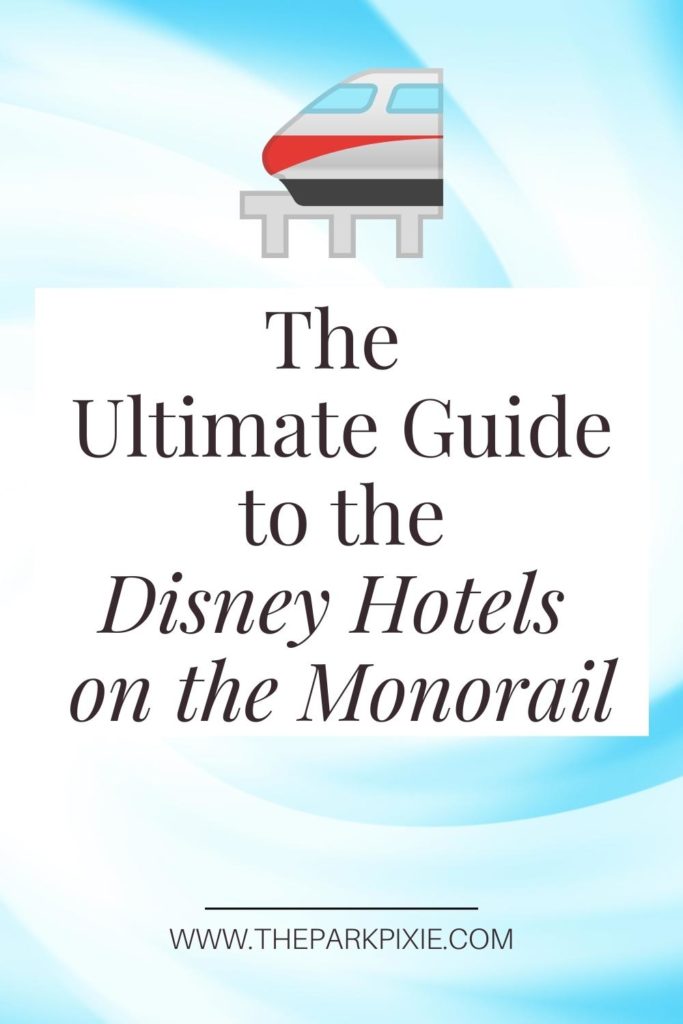 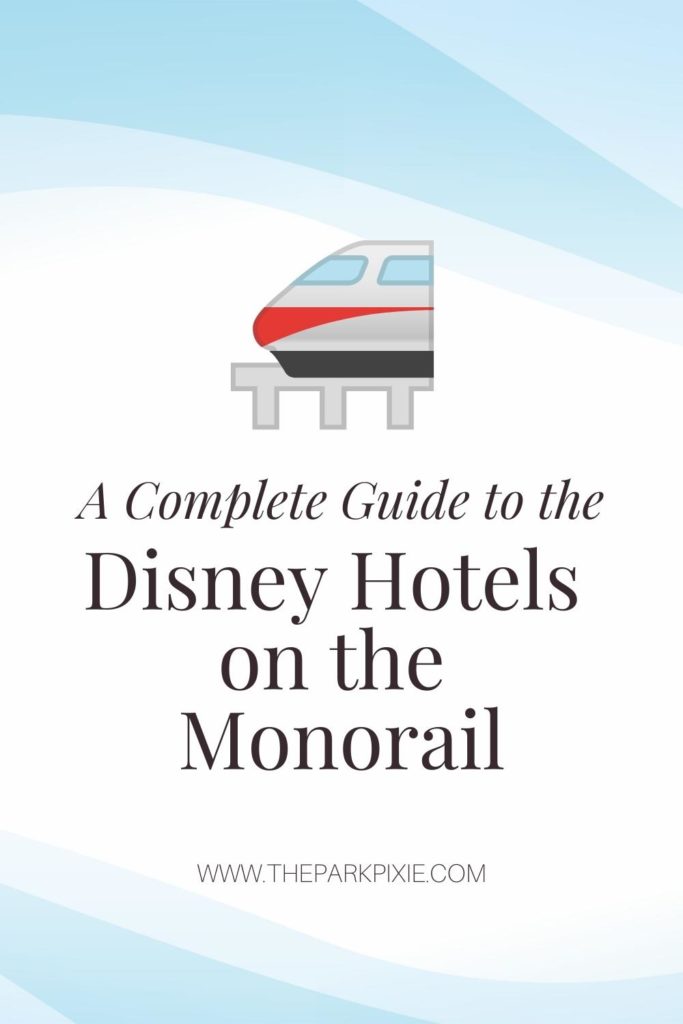 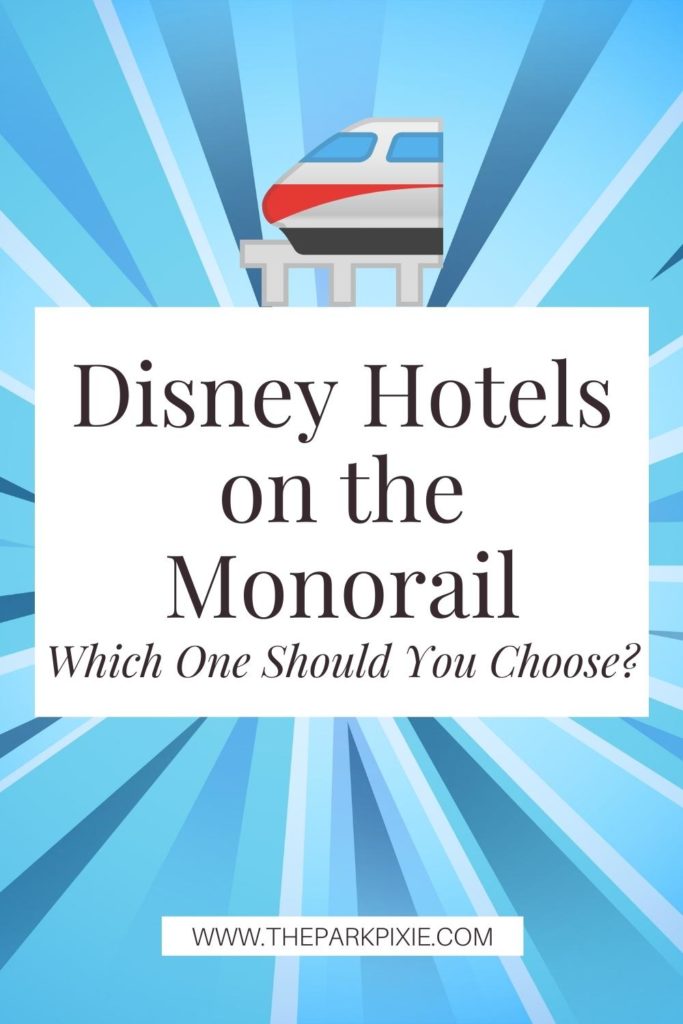 It goes without saying the Disney hotels on the monorail are super convenient and high up on lots of folks’ Disney World bucket lists!

But which hotels are located off the monorail? The Disney World monorail connects several resorts and parks, but unfortunately not all of them.

Let’s jump right into this list of Disney hotels on the monorail so you can decide where to stay on your next visit.

Disney Hotels on the Monorail

As you’ve probably already guessed, the Disney hotels on the monorail are all deluxe level resorts and very expensive.

Whether you’re visiting Disney World on a budget or have plenty of cash to spare, this guide will help you decide which resort to splurge on or save up for.

The first Disney hotel on the monorail after leaving Magic Kingdom is the Contemporary Resort and Disney Vacation Club’s Bay Lake Tower.

It takes 4 minutes to get from the Magic Kingdom to the Contemporary Resort & Bay Lake Tower via monorail.

The monorail pulls right through the resort with the station located inside. Whether you’re a kid or an adult, you have to admit this is pretty cool!

The Contemporary Resort and Bay Lake Tower are undergoing a refresh at the moment.

Some folks aren’t a fan of either room’s redesign, but I think it’s long overdue!

At the Contemporary Resort, a few top restaurants and lounges to check out are:

After a stop at the Disney World Transportation & Ticket Center (TTC), the next Disney hotel on the monorail is Disney’s Polynesian Village Resort.

It takes 12 minutes to get to/from Magic Kingdom to Disney’s Polynesian Village Resort or approximately 8 minutes after stopping at the Contemporary Resort.

There used to be a Polynesian themed variety show called The Spirit of Aloha, but it closed due to the pandemic.

Disney confirmed in Spring 2022 that The Spirit of Aloha will not reopen. Additional Disney Vacation Club villas, activities, and restaurants will be built in its place.

In the meantime, you can still stop by the Disney’s Polynesian Village Resort to check out these restaurants and lounges:

It takes 16 minutes to get to/from the Magic Kingdom to the Grand Floridian Resort & Spa via monorail.

Disney is slowly making over this resort to modernize it, as well as to add more Disney Vacation Club villas. Lots of folks are upset about this plan, but frankly I agree that it is sorely needed.

As the flagship resort and one of the most expensive, some parts of this resort just don’t live up to that standard.

That’s not to say the Grand Floridian isn’t nice, because it very much is, but there is definitely room for improvement in my opinion.

Anyway, if you’re not staying at the Grand Floridian, you might still want to hop on the monorail to grab a drink or dine at one of these lovely establishments:

What are your favorite Disney hotels on the Monorail?

Let me know which monorail hotel you’ll be visiting on your next stay at Disney World in the comments below.

The Ultimate Guide to Disney World for Couples • The Park Pixie

The Best Disney Luggage and Travel Accessories • The Park Pixie

Is there a Military Discount at Disney World? • The Park Pixie