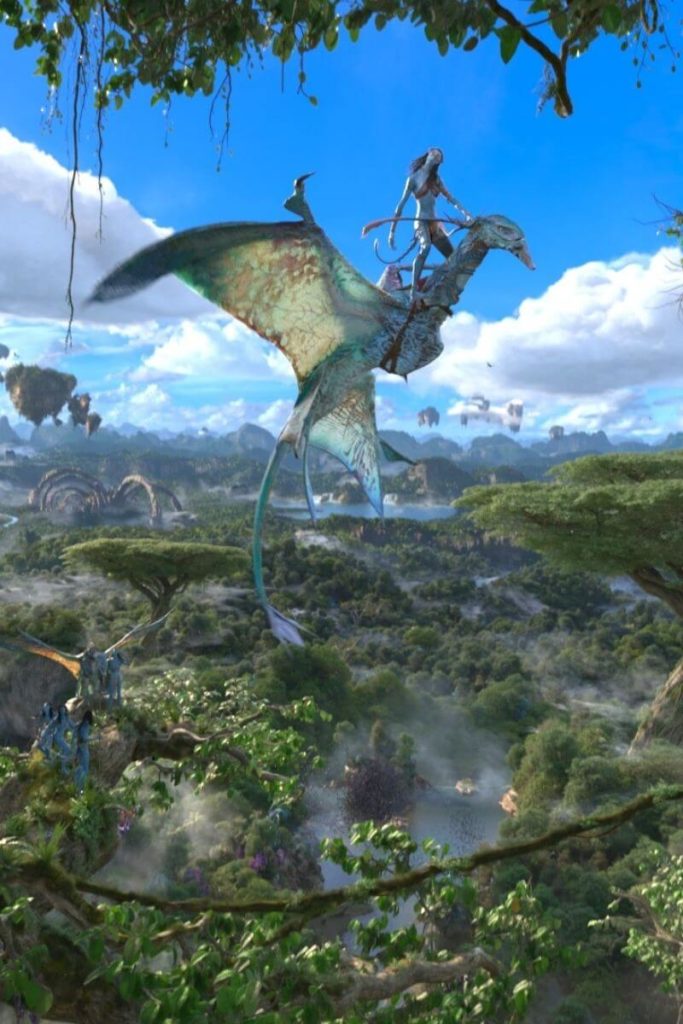 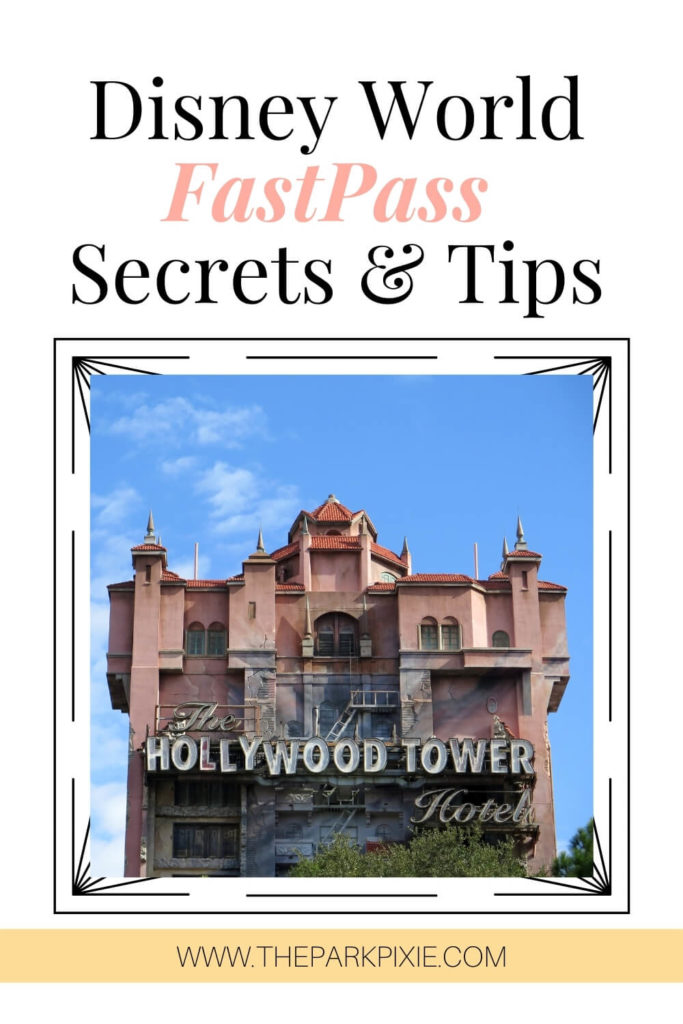 If you’re headed to Disney World, one of the most important things you need to do before you go is reserve your FastPasses.

If you’re not sure which ones to reserve, keep reading for my Disney World FastPass secrets and tips.

NOTE: The FastPass program was replaced by Genie+ in 2021. You can learn about the new program in our post about Disney Genie, Genie+ & Lightning Lanes at Disney World & Disneyland.

Having a good strategy before you make your Disney World FastPass selections is important.

FastPasses for the good rides and shows always go fast, so be prepared to make your selections on the first day they become available.

But, I’m getting ahead of myself here, so let’s back it up and start with the basics.

What is a FastPass?

A FastPass is basically a pass for the “VIP line” at select attractions at Animal Kingdom, Epcot, Hollywood Studios, and Magic Kingdom. FastPass is not available for Blizzard Beach or Typhoon Lagoon water parks.

A FastPass is assigned to a timeframe, such as 2PM to 3PM, during which you can show up to get in the FastPass line.

FastPasses  are meant to help park visitors avoid crazy wait times, but also to help Disney World manage wait times for attractions. For shows, there is usually a reserved seating section, too.

FastPasses link to your MagicBand, which is a wristband that also act as your park ticket, hotel room key, and payment card.

To use your FastPass, tap your MagicBand to the touch point at the FastPass line. The touch point looks like a tall post with a Mickey head silhouette that lights up when you tap it.

How much does the Disney FastPass cost?

Disney World FastPasses cost absolutely nothing. That’s right – they’re FREE! Anyone with admission to the parks can select FastPasses for their visit.

How do I reserve a FastPass?

You can select 3 FastPasses per day at a single park. Once you use those 3 Fastpasses, you can schedule 1 FastPass at a time through park closing time.

The FastPasses can be reserved via the My Disney Experience app or a FastPass kiosk in the park.

If you have a Parkhopper pass, your extra FastPasses can be reserved at a different park, but the original 3 FastPasses have to be at a single park.

If you’re staying at a Disney World resort (or select “good neighbor” resort), you can select your FastPasses at 7 AM eastern 60 days ahead of the start of your trip.

The resorts the include the ability reserve your FastPasses 60 days in advance include:

If you’re not staying in one of the hotels or resorts above, you have to wait until 30 days ahead of your trip to snag your FastPasses.

Animal Kingdom uses a tiered selection system for FastPasses. You can select 1 pass from Tier 1 and 2 passes from Tier 2.

This is to prevent visitors from hogging FastPasses for the 2 new rides, Flights of Passage and Na’vi River Journey.

Both rides in the new Pandora – The World of Avatar land have proved wildly popular, so guests are only able to select ONE of these rides for their 3 selections.

Most of the remaining rides and shows at Animal Kingdom are available for FastPasses in the second tier.

If you’re into thrill rides, I highly recommend selecting Flights of Passage over Na’vi River Journey. It is, hands down, my favorite ride at any of the parks!

For your remaining FastPass picks, I recommend the following:

Here is the complete list of rides and shows available for FastPass selection at Animal Kingdom.

Epcot works on a tiered system for its FastPass options, as well. You can pick 1 pass from tier 1 and 2 from tier 2.

It’s a total bummer because the only attractions worth snagging a FastPass for at Epcot are all in tier 1: IllumiNations, Frozen Ever After, Soarin’, and Test Track.

Tier 2 is filled mainly with rides that don’t usually have a long wait or just aren’t swoonworthy in my opinion.

Here is the complete list of rides and shows available for FastPass selection at Epcot.

Hollywood Studios also operates on a tiered system for FastPasses.

For tier 1, I recommend Slinky Dog Dash as the top pick. It’s new-ish, it’s fun, and the lines are always ridiculous. Snag a FastPass if you can. If Toy Story isn’t your thing, then go for Millennium Falcon as your backup pick.

So ridiculous that you might be tempted to skip it. Don’t! Toy Story Midway Mania is a ride and game all in one, which makes it hilarious fun.

Rock n Roller Coaster always has long lines during the day, but sometimes the wait during the evening is reasonable. If you’re willing to chance that you’ll be able to get on without a crazy wait at night, the go for Tower of Terror as your backup.

Lastly, if thrill rides aren’t your thing, I recommend Alien Swirling Saucers as another backup option.

Here is the complete list of rides and shows available for FastPass selection at Hollywood Studios.

The Magic Kingdom is the only theme park at Walt Disney World that doesn’t have a tiered system for selecting FastPasses. And I love it!

It means I don’t have to overthink my strategy too much when selecting my FastPasses.

I recommend getting FastPasses for the 3 roller coasters at Magic Kingdom: Seven Dwarves Mine Train, Space Mountain, and Big Thunder Mountain.

Splash Mountain is another great pick, especially if it is hot out and you don’t mind getting wet. It is called Splash Mountain, after all.

If you’re not into thrill rides, or you have kiddos who aren’t tall enough yet, you could opt to do a few character meet n greets.

However, I think a character meal or 2 are worth the dining plan points (or cost if not using DDP) to meet a handful of characters while you eat instead.

The following attractions at Magic Kingdom are available for FastPass+.

At the end of the day, which rides or attractions you select for your FastPasses really boils down to personal preferences.

For example, the roller coasters and thrill rides tend to have the worst lines, which is why I often recommend those as top picks. But not all people like them, so it wouldn’t make sense to prioritize those as your picks if that’s the case for you.

As a general guideline, if you have kids and are hitting up the parks without them, pick the rides you usually have to skip because they aren’t tall enough or don’t like.

Or if kids aren’t in the picture, but you’re feeling nostalgic, do be afraid to pick “kiddie rides” or character meet-n-greets. You get the picture.

Last but not least, HAVE FUN!

What are your Disney World FastPass picks for your next trip?

Let me know in the comments below which FastPasses you reserved and why!

The Best Magic Kingdom Rides and Attractions • The Park Pixie

[…] For tips on which Magic Kingdom rides need a FastPass, check out my post about Disney World FastPass secrets and tips. […]

The Absolute Best Epcot Rides and Attractions • The Park Pixie

[…] To learn more about the FastPass program, as well as how it works at Epcot, check out my post on FastPass secrets and tips. […]

The Ultimate Packing List for Disney World • The Park Pixie

[…] World has an RFID-enabled bracelet that can be used as your park ticket, resort room key, FastPass, and payment […]

The Best Roller Coasters at Disney World • The Park Pixie

[…] Anyway, Expedition Everest often has long lines. But if you don’t mind possibly riding with a stranger, there is a separate line for single riders that has a much shorter wait than the main line. Or you can snag a FastPass! […]

The Ultimate Guide to Disney World for Adults • The Park Pixie

[…] if you liked this post, check out one of these posts next: Disney Fastpass Secrets, Disney Dining Plan Info, What to Do at Disney World in the Rain, or The Ultimate Guide to Disney […]